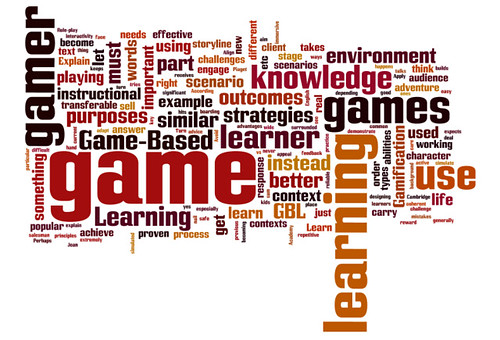 I originally posted this in my master’s blog but I thought I’d post it here again, because the contents are very applicable to my views on game-based learning and gamification.

In this post, I will write about what a scientific study says about gamification in educational contexts. When I first became acquainted with the word ‘gamification’ I was young, hopeful and fairly naïve. In those days, I thought that gamification was the way of the future, and that gamifying every aspect of my life would fix everything related to (finding) motivation. Imagine waking up to a day that is full of challenges, quests and rewards. If every day was a game, how AWESOME would life be?

For a time, that innocent, trusting attitude was something that I wholeheartedly held… that was until I read this article. If you were too lazy (much like I am) to click on the hyperlink, the article is written by Michael D. Hanus and Jesse Fox and it is titled: Assessing the effects of gamification in the classroom: A longitudinal study on intrinsic motivation, social comparison, satisfaction, effort, and academic performance. In the space of a sixteen week semester, the participants (who were undergraduate level university students) were split into two groups – the control group and the experimental group. The experimental group received a gamified curriculum that consisted of game mechanics which included a leaderboard, badges and coins. The other (control) group received the same curriculum without the gamified elements.

So how did these mechanics actually work? Let me break it down for you:

22 badges were created for the gamified group, these badges were not that different to the badges you can acquire on foursquare. The badges were made with the intention to incentivise student engagement. For instance, the bookworm badge was awarded if the student exceeded the maximum amount of sources required for the term essay. There was another badge rewarded for turning in an assignment in early, before the due date. Coins were awarded for easier, less challenging tasks such as class participation and sharing interesting links, articles or ideas. The students were required to earn badges, but coins were entirely optional. If enough coins were accumulated, the students were able to purchase things like extensions on the term paper. The coins and badges were virtual items that were displayed on a virtual leaderboard through the university learning management system.

The results in this study, were not that much different to the results of my highly unscientific, n=1 experiment. In this particular article, certain components of gamification (namely: a leader board, coins and badges) negatively affected the students’ level of intrinsic motivation. Although it is human to compare, it isn’t always healthy to do so, particularly inside an academic environment. The questionnaires seemed to reveal that the leaderboard led to a higher level of social comparison. Two exams were given over the course of the semester, one mid-term exam, and another final exam. Initially, the gamified group appeared to do better in the mid-term exam. However, the final exam scores of the gamified group were lower to the scores of the control group.

What did I learn from all of this?!

Before I read this article, I was a devout worshipper of everything that had to do with the term ‘gamification.’ Then, once I finished reading this article, my faith in gamification was stirred and shaken. I say this because results revealed that under certain conditions, gamification can actually do more harm than good. Does that mean I have totally abandoned the practice of gamification in my everyday life? No. In the discussion, the study did acknowledge that it really only dealt with the ‘pointification’ aspects (i.e. badges, coins, points, et al) of gamification. Other aspects (e.g. narrative, avatars, quests, customization or immediate feedback) were not included, so the gamified curriculum is by no means indicative of all gamified learning systems.

To me, the take home lesson was to question things a little more – rather than just adding points, coins, badges and leaderboards to everything, and then blindly believing that it would (or should) improve my own motivation or (heaven forbid) the motivation of my students, the more important question to ask myself is: why? Why gamify when there is a system that already (seems to) work? Why gamify when there is a system that already exists? And also the other question I thought I ought to ask myself is: How? How should I design and implement this gamified learning system? Which game mechanics should I utilise? And how will these mechanics effect my motivation, effort and/or interest?

The other thing I took away from this article was the fact that the results seemed to show that the gamified group scored highly in the mid-term exam, but poorly in the final exam. The discussion section explained that gamification hasn’t been around for so long, so there is a certain level of novelty that comes with receiving a gamified curriculum. Like many things, the novelty wears off after some time. Since I conducted a highly unscientific experiment on myself, I can relate to this and speak about it from my visceral experience. When I gamified my own studies, I did read more journal articles in the space of a single fortnight. I was able to also finish two assignments way before they were due. I blogged a little more, and freewriting even became a daily habit! However, by the end of the two weeks, I felt like I had enough. The thought of staring at another article related to Skinner, Bandura and Self-Determination Theory made my stomach turn. Yes, for me, the novelty did wear off but I don’t think it was necessarily a bad thing. What do I mean by this? Think of arcade games – they don’t last for very long, and yet, in spite of this, we want more. We want more because we are given a very, very brief burst of fun and intensity. In these instances, brevity is key. If we were to gamify a curriculum with coins and badges, perhaps we ought to do it on a short-term basis – make it happen during a very special time in the term, and only let it last for no longer than two weeks. The time limit should (ideally) induce some level of adrenaline, pressure and excitement.

View all posts by Rebecca